The Ellinikon – The total investments and the individual projects

In 2025, the construction works of the Ellinikon Commercial Hub, the new commercial, entertainment and business destination, on Vouliagmenis Avenue, that will extend to more than 185,000 sq.m., will be completed, as presented by Lamda Development.

The Commercial Hub will be the largest shopping center in Greece, a next generation shopping park with large stores, as well as state-of-the-art office space. Right next door, an iconic mixed-purpose tower will be built, comprising a hotel, office spaces and residential apartments.

Regarding the mixed-use Tower, according to the business strategy of Lamda Development for the project of Elliniko, its development falls into the category of developments for which Lamda is looking for a partner/co-investor.

The chains for space leases show great interest on the project:  “We are in advanced discussions with leading companies and brands, both Greek and international, and soon we will be able to announce our collaborations, among which, there will be popular brands, that do not have a presence in the Greek market, at the moment. There will be a new update with the finalization of the relevant agreements. “On the website of the Commercial Hub of Elliniko (www.theellinikoncommercialhub.com), companies and professionals who wish to do so, can contact us and express their interest through the special form”, as Lamda states. 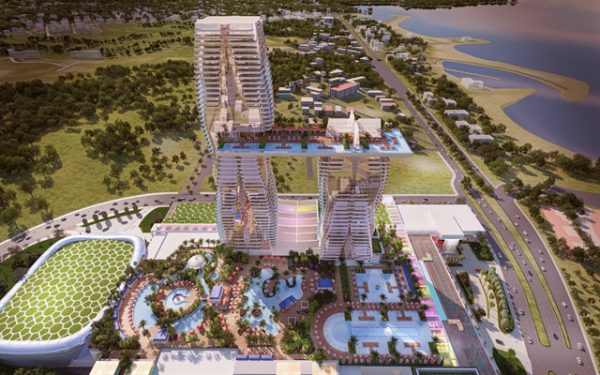 A green and smart city from its foundations

Lamda Development also puts great emphasis on the environmental footprint of the new hub, as it is part of the largest urban regeneration project in Europe, which creates from scratch the first “smart” and “green” city. “For the Commercial Hub of Hellinikon, the conditions for a project of sustainable development have been set from the very beginning. Its design incorporates smart and “green” solutions for light and temperature control, among others, while using well-designed systems and controls, as well as natural materials, we have minimized the environmental footprint of the building complex, making it a pioneer in this area. At the same time, green dominates both the outdoor areas, the patios and the roofs of the buildings. Note that the extensive environmental conditions set by the legal framework will be fully complied with, both in relation to the design and construction and operation of the Commercial Hub. At the same time, the Environmental Impact Assessment and the planned environmental certifications will show off the Commercial Hub as a model complex “, the company states. 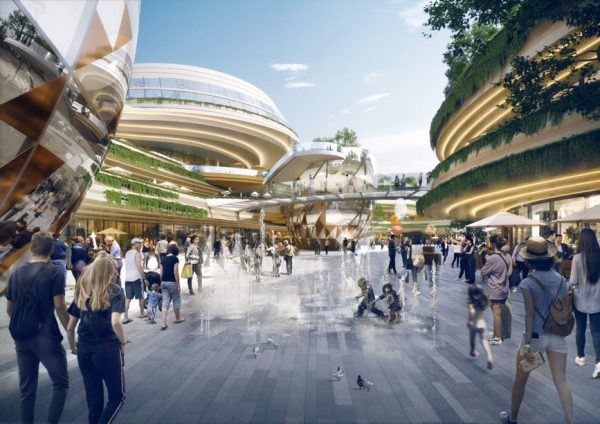 Regarding the utilization of BIM technology for the prediction and management of risks during the construction and the afterlife of the project, it is stated: “The studies are evolving and will be submitted in a BIM (Building Information Modeling) environment in all phases of the project life cycle. This methodology, following international standards, certifies the production of fully coordinated projects, reducing the overall budget and the time needed for the completion of the projects by 20-30%. In addition, due to the complexity of the project, it is required to use all the latest technology means to automate the design and the construction processes, avoiding any obstacles and delays. The digital BIM models will include all the necessary information to successfully complete the design, construction, management and operation of the complex “.

When asked about the seismic resistance of the Tower, it is stated that: “The international static designers of the Tower, in collaboration with Greek designers, will take into account all the data required for its static solution, based on domestic and international anti-seismic regulations, in combination with the use of specialized software, ensuring its optimal earthquake resistance”.